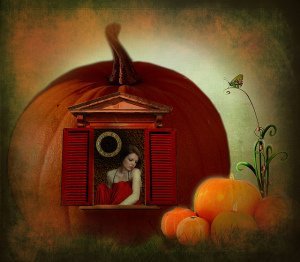 Chuck Wending’s flash fiction challenge was to pick one of ten random sentences and write a story incorporating it. The sentences were great and it was hard to chose one.

“The mysterious diary records the voice.”

“The stranger officiates the meal.”

“The shooter says goodbye to his love.”

“A glittering gem is not enough.”

“The memory we used to share is no longer coherent.”

“The old apple revels in its authority.”

“Abstraction is often one floor above you.”

“The river stole the gods.”

I would have loved to write story for each one of these, but I’m elbows deep in projects now. And I see a thousand ways to improve it, but time’s up so this 1000 words will have to do–for now.

One of a father undeclared
Two of man who will pay his share
Three to once again make mankind fair
And Four, to close the door & bare no more

By the time I arrived, police cars barricaded the end of the cul-de-sac, their lights flashing in the darkness. Neighbors stood outside their doors in their bathrobes as curious shocked witness to the intrusion on their quiet, upscale neighborhood. Nothing bad happens here, far from the city gutted by depopulation and decay. I was woke as well, called out despite my inexperience and my youth because of my gender to run point on this investigation. I parked my car unmarked to the side.

A uniform stopped me as I stepped between the cars. I noticed scars on his skin, masked by the uniform and the dark. He was an unpy, whose genetic inheritance was scarred by mutagenic agents let lose in the last war. Surgery was an unsuccessful attempt to correct those defects.

“Miss, you can’t come through here.”

I lifted my badge to his eyes, and watched the disbelief and displeasure play across the beefy man’s face.

Saying nothing, I walked past. I’d grown use to these kinds of looks from men who had reclaimed the dominant social role after civilization was brought to its knees. I don’t care. I have no use for the role society assigned to women now, especially the women of the house I was about to enter.

My father didn’t approve of my choice of profession, thought it too dangerous. We argued before I went to the academy and haven’t spoken much since.

At the entrance of the door a staircase ran to the upper halls, to my right, a set of white French doors, swung wide open on an office. A L-shaped desk dominated, scattered papers and books strewn on its top. The long end of the desk butted into the tiled window. Behind the desk a young woman stood. One would hardly know from her plain eyes and face that this woman was recently given an award for having the most “pure” DNA. Hers was unmarred by mutagens.

“Yes,” the young woman said. Her voice was shaky.

“I’m sorry for your loss, but you shouldn’t be in here.”

“And I’d appreciate it if the children can be cleared from the property.”

“I’ve sent them to our house in the country.”

“But the other women?”

“Still here. I asked an affiliate house to help with the children until we can get there.”

At least the woman wasn’t a fool.

“Where do you want to start, Detective…?” she said trying to tease out a name.

“Julia Watts.” Her eyes widened slightly at the name. Yes, someone like her would recognize it, put two and two together.

“Don’t get any ideas. I’ve never been a fan your industry.”

Her lips curled up slightly. “We are a necessary evil, at least some say.”

“Can you show me the area?”

I saw something in the woman’s hands, something she tucked into pocket of her slacks, but I said nothing. There was time for questions later.

Rebecca LaVasseur pointed the way to another set of French doors that led to a dining room. The antique mahogany table set was real wood, had to be three hundred years old. The area was marked off by crime tape, the area holorecorded by crime technicians and the body taken away swiftly for forensic examination.

“You might not want to see this,” I said.

“I found her, remember?”

I nodded and activated the holorecording, and the prone body of an older woman shimmered then coalesced on the floor beside the table and chairs. The face was melted away. The holorecording displayed the initial findings; “Death by phase pistol.”

“I said you might not want to see this. You should go.”

“No, I’m head of the house now. It’s my responsibility.”

I squatted down to look at the body closer.

“Did your mother have any enemies?

Her hand fidgeted in her pocket.

“Miss LaVasseur, withholding evidence is a punishable offense. I doubt even your lawyers could keep you out of jail.”

Reluctantly she pulled out a leather bound journal and handed it to me. On it was embossed the seal of this house, the breeding house LaVasseur, whose sole purpose was to breed perfect humans. I opened the journal. In it a diary, but it was filled with mundane things, the list of visitors, contracts signed. But then I noticed a little button on the side. It was one of those. I flicked the button and found what I suspected. The mysterious diary recorded the voices.

“I could have told you that I love you,” said one, a woman.

“It wouldn’t have made a difference.”

“Maybe, maybe it would.”

“No. I lied. Lied to you all along, lied to everyone.”

The shot rang out, a gasp, the thudding of the body on the floor.

Great. That’s why I never knew. The one person whose name never graced a breeding contract was the father undeclared. And he was Senator Ren Watts, Chairman of the House Pure Humanity Committee.