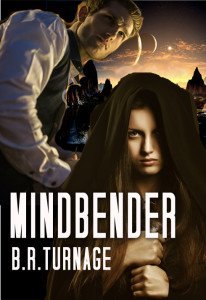 We all have to do them sometimes. The synopsis, the story outline, plus some, that an agent or publisher or heaven’s forbid, a work for hire buyer, will demand. Chuck in his doubtful wisdom has demanded, with threat of bug zapping violence, that we produce them for our NaNo project in November. Only I won’t participate this year, not because I don’t want to, but because in a week I’ll have my chest cracked open and have open heart surgery. (Please, it’s not that dramatic anymore, just incredibly painful, but I digress.) I highly doubt I’ll be doing much for the month of November except stare vacantly at a television screen while painkillers produce some very interesting interpretations of visual cues. But one can pre-plan just in case I get tired of reruns of Supernatural and decide to work the keyboard. And the project I choose is to add to my long suffering WIP Mindbender, which at 55,000 words is just a bit short of completion. Okay, a lot short, and while I don’t think I’m going to add more than 30,000 words, it needs the work. So, without further ado is my synopsis of same:

Rangle A’ven—head of A’ven Enterprises, the most powerful mercantile entity in the Kyn Empire

Kelleen Rynin—A’ven’s wife, a woman with secrets of her own.

Dr. Henry James—the son of Jim James, a member of the inner advisory circle to the Emperor

General Rafen Krage—Head of the military. An advisor to the Emperor

General Ladjeron Mor’a’stan—he has aspirations to take the throne of Kyn.

Selany—A red sorceress who considers it her duty to find and advise “The Mor’a’stani Princess” she forsees as coming to power in the Mor’a’stani and ultimately, Kyn.

Chapter 1 –Edge of the Sword

Kelleen Rynin, the wife of Rangle A’ven, the most powerful trader in Kyn returns after a lengthy absence. She recklessly flies in the N’sen Spaceport under the aegis of 10 year old Seals of Protection from Rangle A’ven, now the powerful owner of A’ven Enterprises, the largest trading company in Kyn. Her arrival from out of the Empire triggers the paranoia of Emperor Halar Katadur of “League Spies” causing Katadur to order searches of every one of A’ven’s installations. Rangle A’ven mysteriously orders his Operations Manager, Rathir Conogan, to ship Kelleen to Karn in a statis container. Conogan does so reluctantly, fearful that this incident will cause the Emperor to arrest Ran and shut down A’ven Enterprises.

A very displeased Halar Katadur meets with his advisors and demands answers on the N’sen incident.

Dr. Henry James, the son of Halar Katadur’s royal advisor Dr. Jim James, arrives home to his apartment feeling the weight of the day’s disappointments. His post-doctoral position ended abruptly with the announcement his latest paper would not be published. He mulls over several unsatisfying options when he receives a message not from his father, but High Advisor Gavik summoning James to the Emperor’s service. James is alarmed, wondering what happened to his father. To get answers he must go home to Kyn.

Ronstra confronts her husband Halar Katadur with the sad condition of his servant Dr. Jim James. Halar barely cares paying attention only to his new concubine, a black witch by the name of Fayleena who seems to have a great hold over Katadur. Ronstra realizes they are all in great danger but to do something about it she needs to find out from who. She arranges a dinner party.

Selany, a Red Sorceress, leaves her home to find and aid “The Mor’a’stani Princess”, who she forsees as the only person who can prevent the fall of Kyn and the persecution and death of all sorceresses.

Rafen Krage, General of the Emperor’s Armies and Ronstra, Queen of Kyn make a visit to the apartments of Dr. Jim James finding his servants gone, the apartment filthy and James in his bed barely alive.

Chapter 4–The Price at the Tavern

Davan Mor’a’stan, the top general of the Icothir Mor’a’stani, meets with the mysterious Ekran who gives him news about the return of the Itandan Mor’a’stani Kyn who holds the right to rule.

A’ven faces his long estranged wife and seeks answers for her separation from him. Because her sudden arrival has put Ran under scrutiny from the Emperor he hides her with some less than savory associates.

Dr. Henry James returns to Kyn and gets an unusual reception. The Central Intelligence Net assigns Lieutenant Naton Irlu as his security.

Halar’s mistress, Fayleena, a witch and trained assassin meets her master in secret. He gives her orders to continue to sow mistrust between the Emperor and A’ven.

Chapter 8–The Palace At Karn

James arrives at the Imperial Palace on Karn nearly ignored by all the staff. He and Naton settle in the James’ apartment in the palace. James starts an investigation in the death of his father.

Selany arrives on Karn and finds to her disappointment she lands at a location too far away to physically help the Heir of Quajinn. She decides to travel to the next location where she will be most likely to meet with the Mor’a’stani Princess.

General Krage, the head of the Kyn military, contemplates the death of his friend Jim James and how that upsets the balance of power in Kyn. With James gone as a mediating force and Halar’s growing paranoia over A’ven’s secular power, the situation in Kyn threatens to explode with the people of Kyn suffering for it.

James meets with Halar Katadur who asks him to evaluate the Mor’a’stani threat and Rangle A’ven’s involvement wit them. Problem is that James never learned the predictive techniques his father developed for such work.

Kelleen rankles at being held prisoner in the inn. Santir, the owner has a talk with her.

Ran arrives to pick-up Kelleen from the inn. He tells her of his plan to present her at the Emperor’s court as his wife. She dislikes the plan thinking it dangerous but she agrees.

Davan learns of Ladjeron’s attack on Rikholden Garrison. At Santir’s orders he travels to Rikholden to stop Ladjeron from making a bad situation worse. In his travels he meets Selany.

Kelleen and Henry James are seated together the dinner party table. They both try to get as much information as possible during their conversation. A’ven brags to Katadur that Kelleen has a beautiful singing voice and Katadur demands she sings a difficult operatic piece. Ronstra realizes with alarm that with Kelleen’s successfully completion of the piece that Kelleen is not the woman she claims to be.

Halar Katadur sets his sites on Kelleen determined to seduce her for his night’s entertainment. James is alarmed. Rangle is not. “I appreciate your concern. Don’t worry, Lord James. Kelleen is more than able to take care of herself. She has her own master’s license. I’m sure you’ve heard stories of what it takes to get one of those. And she got hers when she was twelve.” All the advisors get notes at the party that Rikholden Garrison was attacked by the Mor’a’stani.

Fayleena attempts to warn Halar of the danger Kelleen Rynin presents but he does not listen to her. Halar tells James to give her sedatives to calm her down. In her drug induced haze she confesses she killed James’ father with poison.

Krage decides the only option to save Kyn is to take down Halar. He convinces Ronstra to leave the palace and go to her home country.

Rangle A’ven is arrested in the palace for being a Mor’a’stani sympathizer. Krage and James helps him and Kelleen to escape the Emperor’s incarceration in the palace. Krage is killed in the process. James, Irlu, Kelleen and A’ven escape, but A’ven is wounded. Kelleen piloting the ship that brought James and Irlu to Karn finds that the emperor shut down all the commercial null space beacons. She is forced to land back on Karn and does so at James’ Rikholden estate.

James finds with surprise that the Mor’a’stan General Davan has taken over his estate in preparation for an assault to remove Ladjeron from Rikholden. Selany convinces her that the only thing she can do is take up her destiny as the Heir of Quajinn. Kelleen, with no way out of Kyn, does the only thing she can in the situation. She makes an alliance with Davan Mor’a’stan.

Davan, and Kelleen, now taking her Mor’a’stani name as B’yetishen confront Ladjeron at Rikholden Garrison. While Davan takes over control of Ladjeron’s troops and leads them back to the Mor’a’stan complex, B’yetishen decides to wrap up unfinished business and goes back to James’ Rikholden estate.

James and B’yetishen bury their dead and in metaphor their past. Both of them are criminals now and soon will have prices on their heads. They, and their little company, including Naton Irlu, Selany and another retainer use the last fuel reserves of James’ craft to meet up with Daven Mor’a’stan in the Windshadow Mountains.