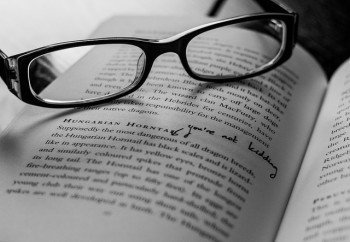 I took some creative license in the title because we all know there aren’t any rules in writing. There is just some incredibly strong advice. The “rules” vary widely from writer to writer and even from genre to genre.

But there do seem to a few general “rules” floating out there that were captured by a Guardian article where they printed the rules of Elmore Leonard, whose rules seem to be derigeur today.

1.) Never open a book with the weather
2.) Avoid Prologues
3.) Never use a verb other than “said” to carry dialogue.
4.) Never use an adverb to modify “said.”
5.) Keep your exclaimation points under control.
6.) Never use the words “suddenly” or “all hell broke loose”
7.) Use regional dialect and foreign words sparingly.
8.) Avoid detailed descriptions of characters
9.) Don’t go into great detail describing places and things
10.) Try to leave out the parts that readers tend to skip.
Other general admonitions handed out to beginning writers are “show, not tell” which runs along thing lines of Leonard’s eight, ninth and tenth rule. Writers are encourage to “show” what is happening rather than telling or writing the story like a news report.

Leonard’s rules seem to lean toward a lean and clean prose that doesn’t bog the reader down with word thick prose. Anything not essential to the telling of the immediate story is stripped away. What he seems to be leaning toward is “readability,” the facility of the prose to communicate to as many readers as possible.

Writers are often prompted to improve their readability:

The work of Sawyer et al. (2008) provides yet another interesting contrasting point, where the authors found that award winning academic papers in marketing journals correlate strongly with increased readability, characterized by higher percentage of simple sentences.
Writers can improve the style, clarity and readability of writing by using short sentences, direct questions, contractions, personal pronouns, phrasal verbs (find out rather than investigate) and interest words (proper nouns, concrete, specific or descriptive words that paint a picture in the reader’s mind).

What is Readibility?
We currently rank readability across several tests. Most of them measure at which reading level a reader can comprehend the text. Others calculate the ratio of different types of works to each other. I won’t go into all those here but you can read about them on this site.
A reading grade level of seven to eight will reach eighty percent of the general reading audience.
Current conventional wisdom holds that authors should make their prose more readable. But the kicker is that the Stony Brook crew demonstrated that the easier-to-read books were tended to be less successful.

So What Are These Tests?

Flesch Kincaid Reading Ease
Description: This is one of the oldest readability scores, commonly used in academics and government and incorporated into most word processing software. The Flesch-Kincaid Reading Ease score is the result of a mathematical formula that incorporates the average number of syllables per word and the average number of words per sentence for a 100-word block of text. Results are measured on a scale of 1-100.
Recommended writing level: On the 1-100 scale, 1 is very complicated to read and 100 is very easy to read. Most readability resources recommend writing to the 60-70 range.
Gunning Fog Index
Description: The Gunning Fog Index takes into account “complex” words, those with three or more syllables, as part of its mathematical formula for readability. It also omits proper nouns, jargon and compound words. The result? A grade-level score from 1-unlimited.
Recommended writing level: According to UsingEnglish.com, “the New York Times has an average Fog Index of 11-12, Time magazine about 11. Typically, technical documentation has a Fog Index between 10 and 15, and professional prose almost never exceeds 18.” The ideal score is between 7 and 8, depending on your audience.

It has to do with showing versus caring,” Choi said. “In order to really resonate with readers, instead of saying ‘she was really really sad,’ it might be better to describe her physical state, to give a literal description. You are speaking more like a journalist would.”
Less successful books are characterized by a higher percentage of verbs, adverbs, and foreign words. They also rely more on topical words that could be almost cliché (“love”), typical locations, and extreme (“breathless”) and negative (“bruised”) words;
The least known books further describe actions and emotions and, conversely, the most renowned have a vocabulary associated with reflection, thought and memories;
More dense and complicated is the novel most likely it will stand out.

Percentages Of Different Parts of Speech

So how do you know if you are using the best mix of words to engage your reader?

The Analyze My Writing website breaks down the percentages of the different parts of speech of typical of a good lexical density:

And next to it are two real word examples, 275 words from Lord of the Rings, and a similar number from my novella, Forced Labor and one from a novel on Amazon that did not do well. I won’t mention the author. (But it wasn’t me, I swear!)

While the Analyze My Writing is very specific in it’s analysis, pinning down lexical density and parts of speech to small snippets of writing, the Stony Brook paper does not. Still their observations seem to fall on the side of mixing your parts of speech carefully. And it doesn’t hurt us to have a look at the words we use at writer’s. It just may be a key to help us improve our writing.

But it is clear that today’s writers straddle a fence where they need to reach as many people as possible without losing those qualities that make a piece of prose a delight to read.

Next post in this series: Compare Your Writing to Best Selling Authors

Success with Style: Using Writing Style to Predict the Success of Novels, http://aclweb.org/anthology/D/D13/D13-1181.pdf