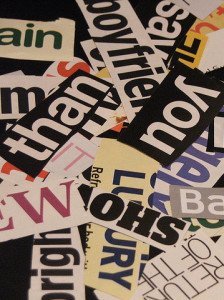 According to the study, Success with Style: Using Writing Style to Predict the Success of Novels, by Stony Brook University’s Vikas Gajingunte Ashok, Song Feng and Yejin Choi, whether or not a book will sell can be determined by several quantifiable factors.

The researchers downloaded classic literature from the Project Gutenberg archive, used more recent award-winning novels and analyzed low-ranking books on Amazon — and included genres from science fiction to classic literature and even poetry.

The least known books further describe actions and emotions and, conversely, the most renowned have a vocabulary associated with reflection, thought and memories…

What the researchers found but didn’t identify by name was that lexical density contributed to books that readers consistently find engaging, whether books written by masters of the past or current best selling authors.

But What Is Lexical Density?

Lexical density is defined as the number of lexical words (or content words) divided by the total number of words. Lexical words give a text its meaning and provide information regarding what the text is about. More precisely, lexical words are simply nouns, adjectives, verbs, and adverbs.

And Grammarly says this:

Well, What Is A Common Lexical Density?
Analyze My Writing says:

Fiction on average tends to score between 49% and 51%. The reader may verify this by trying this experiment.
More general prose tends to have slightly lower lexical densities near 48% and 50% as observed in this experiment.

As we will see, the difference between some current bestsellers is quite different from the 48% to 51% percentages tagged for lexical density. I suspect this is because it seem the amount of text used for these calculations are quite small, while a analysis of a whole piece of fiction would show a smaller percentage of lexical density because of the addition of dialogue which tends to rely more on those elements, verbs, an adverbs.

This makes sense. One parameter of Lexical density is the number of words that are used more than once. The larger the writing sample, the more often words are reused. Smaller word samples means fewer repeat words hence the lexical densities they report of 48% to 51%.

Where Did This Sucker Come From Anyway?

Researching the exact whys and wherefores of Lexical Density runs a little far afield from the original intent of this post. There a few clues out there on the web, but I’m not going to spend a week figuring out the intricacies of the history of the inception of Lexical Density.

From what I can find out, Lexical Density was a coin termed in 1971 by a J. Ure who wrote a paper called Lexical density: a computational technique and some findings which was published in M. Coultard (Ed.) Talking about text (pp 27-48). Birmingham: English Language Research, University of Birmingham. This paper is referenced multiple times in different research papers. However, in this context Lexical Density was used as a measurement in how English as a Second Language students used the English language in their daily speech. Along the way someone (and no, I don’t know who) grabbed onto Lexical Density and applied it as a measurement of readibility enough so we have one website reporting this definition of Lexical Density:

Personally, I have some problems with the formulas and methods for determining Lexical Density. As we’ve seen computations are taken from very small samples of larger works. The method of computation may work for spoken English because people don’t vary how they speak very often. But this doesn’t hold true in a piece of prose. Writers may not repeat the pattern of word use in the first paragraphs. We’ll add dialogue, which has an entirely different lexical density, or just vary how we use our words. As I’ve found in analyzing different pieces of writers’ works, lexical density goes down the more words you look at, most likely because the repetition of words counts against lexical density. The more you write the more often you will use certain words. If you analyze a whole piece of work, the results may vary so widely from the first one hundred words you might doubt it was the same piece of work.

So we have a readability test that morphed into a measurement of writing skill, which for the lack of evidence we could use as an interesting discussion, except for the good people at Stony Brook who stumbled onto and affirmed a key element of lexical density. And that element is what they said in their paper and bears repeating:

The more dense and complicated is the novel, the most likely it will stand out.

And that is worth looking into. I’ll be writing more on this. And these posts are:

The Craft of #Writing: Lexical Density Compared to Writing RulesWeb References:
The Craft of Writing: 200 Most Common Words As Parts of Speech
The #Writing Craft: #Write Like A Best Selling #Author
http://www.upi.com/Science_News/2014/01/09/Scientists-devise-algorithm-to-predict-success-of-novels/2021389295431/#ixzz3OweZqXXX

That’s an interesting idea. I wonder if there isn’t more going on that just that, because if that study found more nouns & adjectives were associated with success, and fewer verbs & adverbs, maybe there are different ways of presenting the lexical density?

This morning I’ve been looking at different texts, novels I enjoyed versus those that did not engage me. Trying to put my finger on what it is about the good engaging books that makes the difference. I stumbled first onto an interview with Justin Cronin where he is talking about a book of novellas by Stephen King and says, “the long stories have the density of short fiction. That’s one thing I hope people like about The Passage, that the writing in it is obedient to that principle of having density.” This sent me to google, because the idea of density in short fiction grabbed me – yes, good short stories do have a very obvious sort of density to them, a preciseness, each word punched out clean and neat and purposefully, right? I then found a blog talking about a book by William Sloane (The Craft of Writing) – which is actually a book of his notes put together by his wife after his death but anyway – and the blog (http://paulettealden.com/blog/william-sloane-on-density-in-writing) quotes at length Sloane’s thoughts on Density in fiction, which to put it simply is the overall union of a work, every word, sentence, paragraph humming along in unity, nothing wasted, nothing trivial. Then I googled on to your site. Lexical Density does seem to point us very near the ‘thing’ as well. Perhaps it is flawed as you say. But I do think it gets us somewhat nearer to answering the question. If you crack open some poorly written book in your least favorite genre and start reading, the words do seem almost meaninglessly strung together, very lazy, very breezy, you could skip a paragraph and be no worse off in comprehension or experience, you know? But in a good book, you are hanging onto each word and sentence, the very reading of it pleasurable and instantly changing and directing the reader’s dream you’re living while reading it. I don’t know. I am still unsure what I’m thinking and even what I’m searching to understand. But I am very much looking forward to hearing your thoughts in the next posts in this series! Thanks!

Thank you, Beth, for the post. And you too, Greg, for your comment with its added insight. This is my first visit to the bethturnage site because I was looking for this exact analysis of lexical density. My first chapter’s first 1000-word density was 50% +, yet the 4000 words for chapter overall tested around 36%. You’ve provided a thought feast. Provocative too is “The more dense and complicated is the novel, the more likely it will stand out” because my critique group constantly dings me for density. I carefully, almost obsessively, focus my paragraphs, am equally conscious of “function versus emphasis” yet garner comments of “too much information” and “it doesn’t breathe.” My critics are good readers and writers and I believe their perceptions are accurate. Am discovering, I do so sincerely hope, the solution to making these passage more “breathable” is not to remove information but to further develop it. Will stay tuned to see what other gems you post/posted here. Thanks!