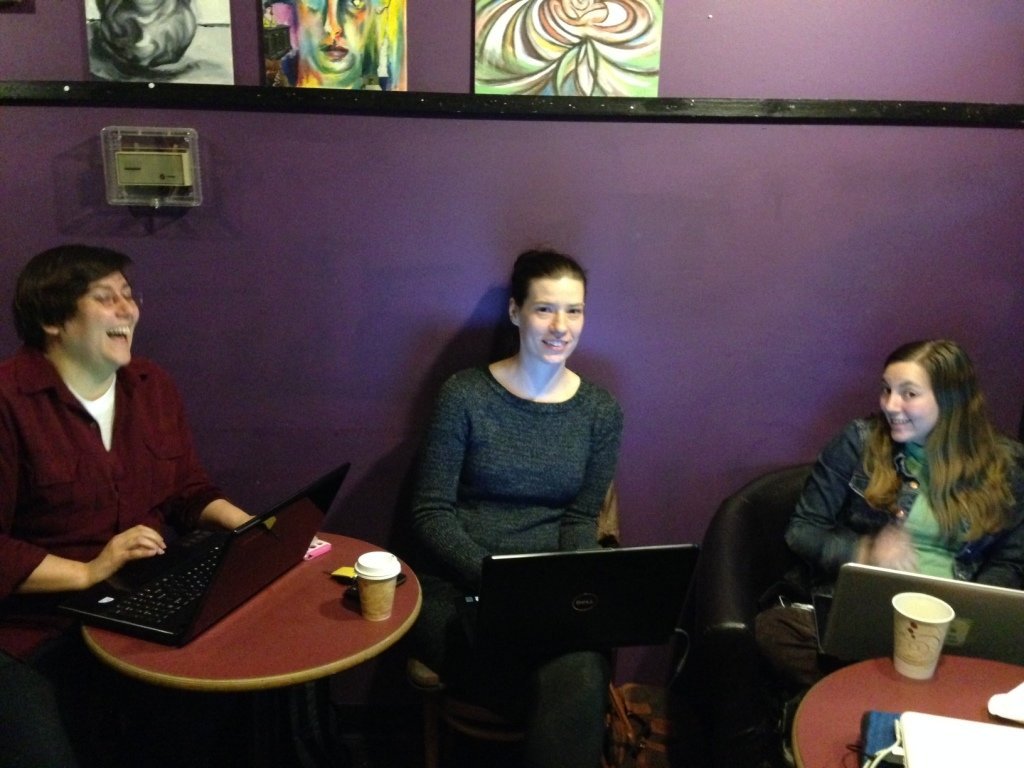 Last night I met up with a half-dozen of my NaNoWriMo confederates at a well known coffee shop in my hometown. That’s three of them right there. Because I barely got them to agree to a picture (introverted writers!) I promised not to use their names. Organized by the USA: Connecticut: North Municipal liaisons, this is the first one in my little town, apparently, even though the liaisons live here. One of them lives in the part of town in which I grew up. Actually, her apartment, from what she tells me, overlooks tmy childhood home.

Met some neat people, talked about the joys of procrastination, drank some coffee, and even ran into my brother who showed up for a cup of joe.

Didn’t get much writing done, though. But even though I’m ten thousand words behind target, I should catch up next week when I visit my sister in the Denver area. She’s working on a NaNo novel too. While her husband is off to a gaming convention we plan on getting in some serious words.

Now off to do some paid writing. Someone, after all, has to keep the lights on.

When Arekan Mor’a’stan is annoyed, he is likely to do outrageous things, like try to retake the ancient throne lost by his ancestors three hundred years before.