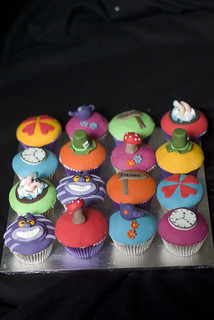 When Chuck Wendig put up his latest flash fiction challenge I couldn’t resist. But, here, I’ll let me explain it in his own words:

This week, a bit of a quirky one.
You ever play those old-school Infocomm text adventures?

I was a huge fan.

Now, there’s a Twitter account / bot that, if you tweet the word “inventory” to this particular Twitter bot — @YouAreCarrying — it will tweet back at you a randomized list of inventory items, taken, I believe, from old Infocomm games.
Take all the items listed in the response tweet (your “inventory”) and use them all — in some way, oblique, abstract or overt — in a flash fiction. We’ll up the word count to 2000 words for this one. Due by next Friday (7/18), noon EST. Post at your online space; drop a link below so folks can follow it back. And that’s it. Go forth. Get your inventory. Write a story.

And the bot came back with this for me:

‪@starrynightastr a two liter bottle of Classic Coke, a trash basket, a cake, a glass analysis, a pound note, a leaflet, a granola cluster.

I’m not going to sit there groaning about the twisted angst it took for me to come up with a story, because when I read these things there was only one place I could take them. To Alice, my Out of Wonderland character from my previous story “The White Rabbit.”

And here’s the story:

Cake: The Continuing Adventures of Alice Out of Wonderland

“We shouldn’t be meeting like this, Alice,” said the white rabbit sitting at the bar. I slid onto the stool next to him. “The Queen will have my job.”

“It’s about ‘cake’, rabbit. I think the Queen will look the other way. “

“I don’t know,” he said. “You’ve been persona non-grata since you quit your commission with the Secret Service. The Queen is quite beside herself.

“I couldn’t keep doing that job, not after Johan.” Johan was the Eurotrash arms and coffee dealer that captured my heart and betrayed it by feeding me the drug ‘cake’ along with his coffee. If it weren’t for rabbit, I’d be toast.

The barkeep sidled up to us. You couldn’t help to notice a dude like that. His white button down was so tight it highlighted every muscle in his impressive chest and arms. My mind wandered off the job as he smiled at me. “What’s your pleasure?” the barkeep said.

I was about to answer that he was, when rabbit snapped at me.

“Alice! Eyes on your own paper! And you!” he said to barkeep, his voice a growl, “Coke, Classic for both of us, and leave the bottle.”

The handsome barkeep gave rabbit a jaundiced eye, but put up the two-liter bottle on the counter and poured us two glasses. I slide a pound note to the barkeep, who gave me a strange look.

Rabbit made a derisive noise and threw a five-dollar bill on the counter.

“Alice, this is the US, not the UK. Hint. See the two-liter? In the UK the bottles are one and three quarters liters. And they’d be more than a pound anyway. Can’t you keep your head straight here in Reality?”

I mumbled something about not getting enough sleep, which was true enough. Since I received that phone call from my detective friend on the police force, my life has taken one strange turn after another. I started to wonder if I was better off back in Wonderland.

“So,” said rabbit after downing a glass of Coke in one shot, “why am I here?”

“What is it to me? Or to Wonderland?”

“I followed him to the entrance, rabbit. He’s still smuggling in cake to Wonderland. “

“I see you haven’t lost your touch,” he said sarcastically. “Okay, good to know,” he sprang off the stool onto the floor.

“I’ll take it from here,” he said. “You’re out of the game, so stay out of Wonderland’s business.”

I stared after my former friend as he hopped out of the bar.

“Hey, darlin’,” said the barkeep smiling. “Can I get you anything stronger?”

I shook my head.

“Well,” he said with a sleazy grin, “if you ever want company, give me a call.” He pulled off an old leaflet off the wall near me and wrote down a phone number. After folding it he slid into my hand.

I took it absently, my mind on the conversation with the white hare. Rabbit was acting strange, or rather, more strangely than usual. Something was up, or my name isn’t Alice.

My office was a few blocks down the street. On a third floor window was my name, painted in gold. “Alice Private Investigations.” I trudged up the brownstone steps and up the three flights. Turning the key in the lock, the door didn’t open easily. I soon found out why. A manila envelope, stuffed thickly, caught under the door. I was waiting for this.

My office isn’t much. Just a place to meet potential clients. There was a huge oak desk paired with a leather chair settled under the front window, which was the main selling point of this space. I didn’t have money for fancy furniture. Wonderland paid in white and red hearts which not exactly a tradable currency in Reality.

Sitting in the huge leather chair I opened the envelope and pulled out the pages. It was a glass analysis of the gory scene I stumbled on a couple days before. The one good police contact I managed to make in this city lay dead on top of the shards of glass created by him falling through the upper story window. Only I didn’t think he fell. My instincts said he was pushed. My suspicions were confirmed by the report. Residue of “cake” was on the glass.

Cake was rapidly becoming the drug of choice in my new adopted city. Wrapped as it was into little tiny petit fours or sometimes cupcakes, usually decorated with irresistible cutesy flourishes of buttercream frosting, the drug appealed to nearly everyone with a sweet tooth. And considering how much sugar America consumed, that was just about everyone. Only I had put away the dealer who pushed cake. At least I thought I did.

Sighing, I dumped the report in my trash basket. It was then I saw the clump of granola on the floor.

Not only had someone looked through my office, I knew who it was. This was bad, very bad. And then my cell phone rang.

“You didn’t look at the note my friend the bartender gave you,” the voice sneered. It had a breathy quality, with a Valley Girl accent. “No wonder you got booted from the Queen’s service. Such inattention to detail.”

A chill ran up my spine.

“Read it, bitch,” she said. I opened the note. It said: Come to the pier or the rabbit dies.

“Really,” I said coolly not wanted her to hear how rattled I was.

“Midnight,” my old nemesis hissed. “Don’t be late. And no cops!”

My head started to pound. Bad enough I made the crossing from fiction to reality, now I was at a cross genre juncture with Enola Granola. Enola was a Valley Girl with hippy pretensions gone wrong. Plus she tried to insist she was another famous cartoon character with a similar name. But I was not fooled. As much as she tried to pretend she was that Granola Gurl, Enola was her own special brand of crazy. Enola had her own grudges against me. Belfast for one. San Bernadino another. But she always managed to make her escape. This eco-terrorist was loony and smart, a dangerous combination. And now she had rabbit.

At midnight, under the yellow glow of single light on the pier, I met Enola.

“Where’s rabbit?” I said in surly tone, in no mood to be nice.

“Janesh!” called Enola, and the barkeep stepped out of the shadows with the rabbit tied up in ropes. The poor creature lay dejected in Janesh’s arms.

“Enough,” said Enola pointing a gun at me. “It’s time to get you out of my hair once and for all.”

“No! Let me. After all its my brother she put in that damned prison!” said Janesh. He put rabbit down on the dock. He walked up the few steps to Enola and tried to yank the gun from her arms. As they tussled, I launched myself past them, grabbed onto rabbit and twisting rolled off the pier into the water. Shots whizzed above my head and I dove, taking rabbit down with me. I thrashed my legs to move us through the water, but eventually I had to come up for air. When I did I saw the Queen’s men surrounding Enola and Janesh. A familiar face stood on the pier looking out anxiously over the water.

Just then rabbit twisted in my arms.

“Get these damn ropes off me!” he sputtered.

A couple of the Queen’s men got into the water and helped us to shore.

“Yes, rabbit,” said Hatter. “It’s the deal she made with the Queen to get these men to help. You know how she hates sending her troops out of Wonderland.”

“You let yourself get captured so I would have to ask the Queen for help?”

“Well, you know what they say,” he replied with a twisted grin. “Tricks aren’t just for kids.”