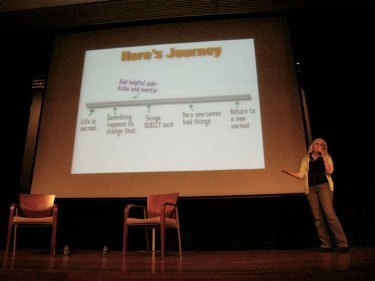 You’ve plotted or pants your way through your novel, spent long months of taking your hero or heroine from there to back again, and then you read it. And die a little inside. Because even though you’ve created engaging characters, put them in gut twisting situations, and gave them a resolution that makes you weep, something is off. Terribly, terribly off.

Your novel drags in places. Goes too fast in others. The beginning is solid, but the middle is soggy. The ending seems rushed. One character seems to overtake scenes they shouldn’t. You think it’s the plotting, but you look at all the elements, and yep, everything is there that you intended as a plotter, or discovered as a pantser. Maybe this is the place you stall. You aren’t sure what to do. Or maybe you suck as a writer (hint: you don’t) and you shove the whole thing (figuratively, because you use a computer) into the furtherest corner of your desk.

Relax, friend. It’s all good. Scrivener to the rescue.

Okay. Scrivener isn’t actually going to rescue you, but it is going to help you. And I’ll show you how.

As a ghostwriter, pushing out the equivalent of NaNoWriMo each day of my life, I don’t have time to hash through pacing and plotting problems. Wringing of hands is counterproductive, and gnashing of teeth results in expensive dental bills. If I don’t write, I don’t eat, the taxes don’t get paid, and there is darkness upon the land.

One thing I learned as an art student, back in the Stone Age of my youth, was the importance of proportion. As a painter or a drawer you had a canvas, and you had to fill it to size. Ancient Greeks understood this very well, and came up with marvelous theories of proportion based on the natural world. All the grand designs of Greek architecture that still take our breath away are based on the spiral, the golden triangle, rectangle and hexagon—the Golden Ratio.

Without going into complex theories of beauty of form, I’ll make a simple declarative statement. It’s all based on five parts. Any way you slice nature, you’ll come out with fives. Petals on a flower, branch structure on a tree, nautilus shells, the cochlea of your ear, spiral galaxies and so much more are all based on a five part structure. http://io9.gizmodo.com/5985588/15-uncanny-examples-of-the-golden-ratio-in-nature

I’ve talked before on how to set up your novel in Scrivener by deciding your word count, deciding the number of chapters and then dividing your word count by the number of chapters to come up with the projected word count of your chapter. Now there are people out there that say that your chapters can be varying lengths, and, hey, far be for me to get in the way of your creative process. However, if you want to hit proportion and pacing straight out the gate, or correct pacing problems, you won’t complicate your life by uneven chapter size.

Now the next step is to divvy up your chapters into five parts. I do this by color labeling each part. In a 50,000 word novel that’s 5 five 10,000 word sections. For yours, you do the math. See the screen shot here. That’s how my novels look before I start. Oh, look. Notice how in each section there are five chapters? Yes. Each section has Freytag’s parts.

If you want a thorough explanation of what each part accomplishes there are lots of websites that describe “The Hero’s Journey.” But we’ll go around the track briefly.

1st Section—How things are. The main characters are introduced, we see who they are and how they live. Their current life problem is presented, and we see their roadblocks in trying to resolve it.

2nd Section—Your MC, or MCs are presented with something new. It upsets their perceptions of how things “are.” They have an emotional reaction, usually positive, but are hesitant to move toward the new thing. This is called classically, “the refusal of the call to adventure.”

3rd Section— (often called climax, but really decision point.) Due to the frustrations of your MC(s) life, he or she decides or is forced into the new course of action. Due to the character’s inexperience with the new situation, or self doubts, or from forces beyond his or her control, things go to shit. (Have fun with this part.) Character wants to give up but doesn’t want to go back to old life.

4th section—Rally point. Character finds renewed strength of purpose, and tries again. This time there are some wins, some losses, but the character sees where the new life is possible and pushes forward. Either at the end of this section or the beginning of the next is when there the MC has a huge win, revelation, validation of purpose that lets him or her know that they wouldn’t go back to the old life for any reason.

5th section—Picking up the pieces and putting them back again. Old forms of living were destroyed, the new forms are not solidified. The MC makes decisions on how to get what he or she wants, and takes a leap of faith to make it happen. Resolution of story.

Easy peasy, right? If you divide up your novel in these parts before you start your pacing will move along snappily, without the drag in Sturm und drang. If you need to improve your pacing in your current novel, import it into Scrivener and color code away. With the structure of your novel exposed you should be able to make corrections to get back on course.