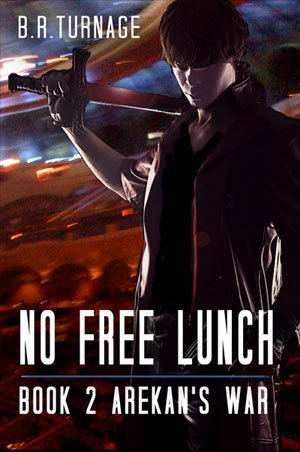 Here is the new official cover for the second part of Arekan’s War.

It’s meant to reflect Arekan standing in the audience hall of the Windshadow Complex though it’s not quite the picture I see in MY head. But what are you going to do? How do you get a photograph of structure that doesn’t exist until four thousand years into the future? You just make do with what you have.

But I found a great picture for the background. I found it on Flickr licensed as a Creative Commons picture by Flickr user Tom Cavnar. Sweet.

And here is the blurb for the story:

Arekan Mor’a’stan now holds the Sword of Quajinn, the symbol that declares his right to rule the Kyn Empire. The head of the Mor’a’stani family council and Santir’s uncle, Scine, assigns Santir to Arekan as the new Mor’a’stani lord’s aide. Santir, despite his feelings of rancor toward Arekan feels honor bound to serve him to the best of his ability. This puts Santir squarely in the middle of the hard headed Arekan and his just as stubborn uncle, Scine. Meanwhile, Arekan learns about the politics and economics of the people he is meant to rule and the picture is not good.

Can Arekan find a way to lead all the Mor’a’stani to retake the throne of Kyn? And can Santir keep his relatives from killing Arekan in the process?

This is the second of a four part series Arekan’s War.