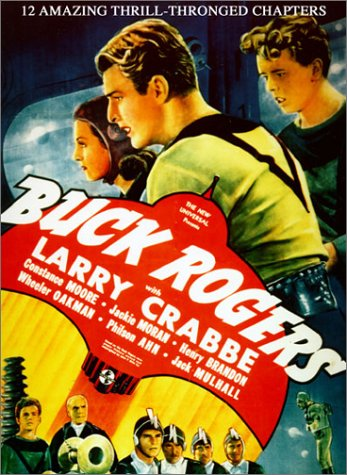 The more things change, the more they stay the same.

Do you remember Buck Rogers? Not the campy television show, but the shorts that used to come on in the movies before the main show? Okay, I’m dating myself here, even thought by the time I got to see them they were filling a hole in the Saturday morning cartoon slots.

During the first part of the twentieth century serialization of stories was the norm. Pulp SF magazines serialized novels, radio shows serialized all sorts of stories (Who knows? The Shadow knows. Mmmaawwhha.) Eventually television came along, and television series arose, building on the dying bones of the radio series.

But somewhere between the late twentieth century the culture changed. It was a slow implosion that shifted readership of many different forms of print. The people who best documented this was the newspaper industry. Up to the 1990’s daily circulation rose and then held firm at a little over 60,000,000 households. Then, despite the growing population, circulation numbers started to fall, like a rock. And curiously, though, during the years of 70’s all to the current year the number of households grew. And another trend emerged. During the 1970’s nearly every household in the United States took at least the daily newspaper. By the nineties this was no longer true. Despite a rapidly growing population, people read the paper less.

People quickly point out the rise of the internet was the demise of print, but that answer is just too simplistic. Comparing print delivery and electronic delivery is comparing apples to oranges. There is just too many differences. And it wasn’t as if the men weren’t reading the newspaper. They bought it on their way to work with their morning coffee. (Trust the former newspaper circulator here who heard daily lectures on the importance of single copy.) No, what happened was that the women read the newspaper less. And being the ones who made the buying decisions of the home, they cancelled their subscriptions because they didn’t have time to read it.

And why didn’t they have time to read it? They went to work.

Because most of us are baby boomers and younger, we don’t remember what it was like when daddy went to work and mommy took care of the cradle. It was literally a different age. But when women went to work in mass numbers in the 1970’s and 1980’s it had a trickle down effect. When the women were time crunched, so were dads and the children. Dad was pressed, however grumpily into household service, and children were shuttled off to a variety of daycares, day programs and after school activities. People simply had less time to devote to spreading their interest out over months to reach the end of a story.

While it is true that SFF magazines open, age and shutter with alarming alacrity, it is also true that during the 1970’s and 1980’s several long time magazines crashed, and science fiction magazine subscriptions declined, only recently leveling off, leaving fewer markets for serialization. At the same time, publishers found epic fantasy a hot, money making market. People picked up their fantasy and science-fiction fix in single titles at a time, and indulged their need for an expanding story in a series of books, serialization on a mega-level.

However that forty year trend is now dying. As usual, it is costs that drive the market, and as the expense of publishing a title goes up, along with corresponding book prices, sales of print titles went down. But now we enter into the age of e-titles, a fast growing segment of the reading market facilitated by smart phone reading apps, tablets and kindles. Not only is the publication of these titles, either by publisher or author much more cost effective than a print title, there is are many more ways to market them. Want to give a teaser of a book out for free? Piece of cake. Want to change the price of title for promotional purposes? No problem. Want to sell shorter works for less money, even less of a problem. The e-book market is so flexible that publishers now embrace it, setting up serial of a story not just in episodes by in seasons.

This is where we are headed folks, a return of the serialization of novels. Oh, you can keep polishing your major WIP, but you might want to brush up on how to construct a cliffhanger. You are going to need it.

Buck Rogers Movie Poster is a copyrighted image that is published as a low resolution image as allowed by Fair Use provisions of copyright law for use in commentary.