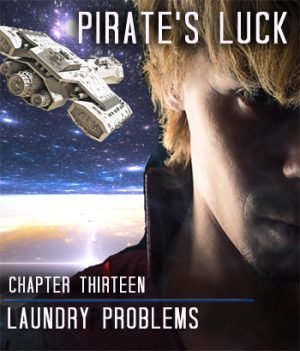 Rastan cleaned his body in the sonic shower, while Arekan stood at the door preventing any of the curious crew from entering. The fact was Rastan, or the alias he used, Pepin, the new crew-member they had picked up illegally, was too pretty for a group of hardened criminals to resist. Arekan worried about this and feared for the day when the riffraff would storm them both. This worry grew the closer they drew to the Kyn border.

Arekan had four causes for worry here. One was the illegal turbo-ramjet batteries that Captain Etharin stored in the engine room. The irony was that the turbo-ramjets made up very little of the ship’s actual propulsion capacity it lifted the vessel off planets but did nothing else. But they weighed heavily on Arekan’s mind. Captain Etharin illegally recharged batteries never meant to be so, and they were extremely unstable. Each time the ship jolted in and out of Null Space, Arekan was sure they’d blow and ignite the fuel in the two large tanks of turbo-ramjet fuel. When they passed the Kyn border, they’d drop out of Null Space, triggering another opportunity for disaster. Read More —>