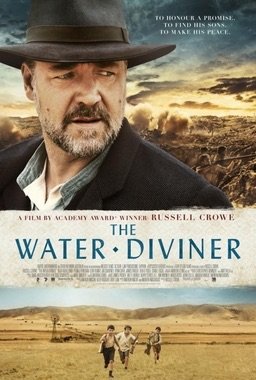 Recently, I shuffled out of my writer’s cave and went with a friend to see Russell Crowe’s debut directorial effort, The Water Diviner. The critics are split on how well he did:

It’s clear that Russell Crowe has poured his heart and soul into the historical romance The Water Diviner, his first feature as a director. If only the film were better.

Its journey of healing and self-discovery can be felt a century and a continent away.

There are other, less complementary quotes but I could see nothing wrong with his visual imagery, or the performance of the actors, and the themes were heart rending and poignant. So what is the problem? The storytelling itself.

“The Water Diviner” is an uneven effort by first-time director Russell Crowe, and the occasionally preposterous screenplay by Andrew Knight and Andrew Anastasios doesn’t exactly help Crowe as director, either.