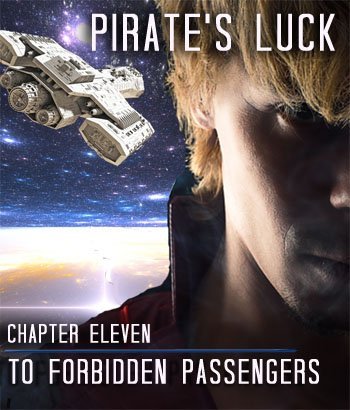 This week’s chapter is another of Chuck Wendig’s flash fiction challenge this time titled Ten More Sentences; Round Two. That’s self explanatory. You should be able to read this as a stand alone, but let me know if you can’t. 🙂

In the end, they ran. The group of them, now four, when before they were three, were spotted by one of the slavers as they slipped from the maze of cages that had held their prize. This was the young man they had stolen to conscript as crew on their ship.

The young man they “rescued” stayed close, his legs pumping as hard as theirs under the blazing white sun of a planet who life expectancy was comparatively short. But humans resided on it now, low and crass as this class was, and they only cared about the air, water and sunlight on it. It was a haven in the vastness of a Universe that served up few of the necessities of life.

But right now, Arekan’s and his fellows necessity was to make their ship, board it, and hope to hell that the captain or the pilot could make way before an Oshijian Empire war cruiser could shoot the pirate ship out of the black.

But the run was difficult. It was hot, humid and the air a touch too thin for physical exertion. But more than that the predations of life aboard the pirate ship—his ship, thought Arekan regretfully—took a toll on his body. He gasped for breath as his legs pumped against gravity that was a full half gee above what the captain set for gravity on the ship. And that little economy move, Arekan realized now, weakened his body.

No wonder the others didn’t want to leave the pirate ship.