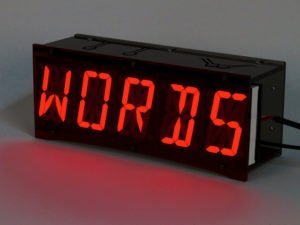 Writing is hard. Difficult. Okay, it’s the kick in your stomach when you are working like a demon to scrape the words out of your dissolute soul.The words refuse to arrive like the A-list celebrities you invited to your party. Your characters snottily refuse to talk to you, your descriptions fall flatter than gluten-free pancakes, and your inner world sucks.

W. Somerset Maugham said:
“There are three rules for writing a novel. Unfortunately, no one knows what they are.”

You can construct a plot, get the pacing just right, create compelling characters but if the words on the page are lackluster the story just isn’t going to fly.

We’ve discussed lexical density in previous posts and took a good hard look at the conclusions of a study called Success with Style: Using Writing Style to Predict the Success of Novels, by Stony Brook University’s Vikas Gajingunte Ashok, Song Feng and Yejin Choi, whether or not a book will sell can be determined by the use of certain parts of speech. Successful books used a higher percentage of nouns and adjectives and conjunctions. Less successful books had a higher percentage of verbs and adverbs.

Part of making your words interesting is reducing the number of vague and sticky words. These words are usually from the list of the two hundred most common words.

But this also begs the question of why people seem to pick up on nouns and adjectives over verbs. I believe this has to do with how the human brain acquires language.

One is that our brain seems to be hardwired to pick some word orders over others. Researchers tell us that word order is hard-wired in our brain. We naturally group nouns and adjectives together with numerals coming in close third.But verbs? Adverbs? I can’t find a single paper mentioning those.

Babies first sort language from sticking shapes in their mouths. Parents reinforce the word shape with verbal prompts. Hard, square, round, soft, are initial concepts a baby learn through touch. And those concepts are? Nouns and adjectives.

So is it logical to assume that people concentrate more on concrete words than abstract ones?

So the secret of lexical density is giving the brain more of what it makes sense of easily.

Let’s take a look at two different sentences conveying the same information but in different ways. These sentences were taken from the Romance Writer’s Phrase Book, (Kent and Shelton, pg. 6) (What? You didn’t know I wrote romance novels as my day job?)

Example One: He reached out and touched her arm.

Example Two: A tingling of excitement raced through her as his fingers trailed sensuously down her arm.

So let’s take inventory of these sentences.

Analyze My Writing gives this sentence a lexical density of 43 %.

This sentence has a lexical density of 53%.

The second sentences gives more concrete rather than abstract details.

One way of looking at writing is to drill down from the abstract to the concrete, and the imprecise to the precise.

Let’s look at two other sentences.

Imprecise: Some menacing people approached us on the street. Lexical density–50%

Analyze My Writing tells us that most writers fall within 49% to 51% lexical density, though my own analysis shows that many best selling authors hit 52% and above.

So how do you improve your lexical density?

1.) Concentrate on increasing your nouns and adjectives.

3.) Natural sounding dialogue tends not to be lexically dense. You need dialogue to sound natural so use just enough to get the story point across. Use some exposition as a reaction to what the other character says though don’t overwhelm the dialogue.

4.) Aim for precise descriptions rather than abstract ones. Use more nouns and adjectives over verbs.

5.) Test out your lexical density with a website like Analyze My Writing and cut out sentences below 30% that aren’t absolutely necessary. Try to increase the lexical density of sentences falling below 49% but editing unnecessary filler and vague words such as preposition and adverbs.

And if you don’t need this exercise at all, God bless you and I’m jealous of you. The writers who naturally turn out descriptive phrases that make us weep always amaze me.

What do you think of increasing lexical density in your writing?

Thank you so much for this article, Beth. I’ve heard of lexical density, and I knew some of this. But having that website and the research really laid out the facts for me. I love your website and this generous information.

Thank you for reading!

What are the possible factors that lessens the lexical density in writing??

Thanks for the question. I decided to make a blog post about it. 🙂 http://bethturnage.com/?p=1428