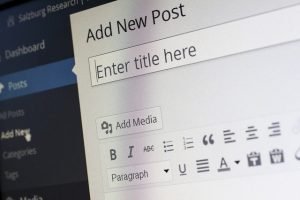 (Beth Turnage) I’ve written a number of posts on Quora on writing and thought I’d curate some here. You can call it laziness, but really it’s a lack of time, since ghostwriting is keeping me very busy. Really. 😉

When writing, how do you grab your reader’s attention as quickly as possible?

I bring the reader into the story as quickly as possible. I answer the questions who, what, when, where, why in the first paragraph. This means no long moody passages about the weather or vague impressions about feelings, or any of the awful beginnings that beginning writers are prone to pen.

But I’m not the only one. Plenty of first-rate writers do the same thing and here is an excellent page to see the first sentence of their books:

But let’s take a look at a couple.

“James Bond, with two double bourbons inside him, sat in the final departure lounge of Miami Airport and thought about life and death.” Ian Fleming, Goldfinger

What: thinking about life and death.

When: just before a flight

Why: the two double bourbons (we assume.)

And in twenty-three words. Impressive.

“We were somewhere around Barstow at the edge of the desert when the drugs began to take hold.” Hunter S. Thompson, Fear and Loathing in Las Vegas

When: somewhere around Barstow

Where: at the edge of the desert

Why: the drugs began to take hold.

Okay, a non-drug related one:

“In a hole in the ground there lived a hobbit. Not a nasty, dirty, wet hole filled with the ends of worms and an oozy smell, not yet a dry, bare, sandy hole with nothing in it to sit down on or to eat: it was a hobbit-hole, and that means comfort. “ J. R. R. Tolkien, The Hobbit

When: during his lifetime (implied)

You will find that the more modern of the first lines are generally, though not always, more streamlined than older ones. You will find they have fewer adverbs and vague, filler words. You will see as well a couple of “power words.”

Answer the five questions and you’ll hook the reader.