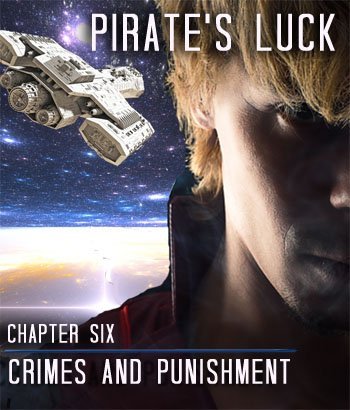 Arekan kicked out his leg and clocked the intruder in the jaw. The man staggered back, sword in hand, but he did not fall. His gaze fixed on Arekan with a murderous expression.

“I’ll kill you,” the pirate growled.

“Better men have tried,” said Arekan with more bravado than he felt. “But you are welcome to give it a go.”

The man’s face turned a beet red as he pushed himself toward Arekan, his sword pointed toward the nineteen year old. As the man’s sword came within Arekan’s reach, the youth stepped to the man’s left, away from the man’s dominant arm, whipped around in a full three hundred and sixty degree turn, and slashed man’s torso. The man halted in his tracks, and then tottered falling to the deck groaning and bleeding. As miserable as the man looked and sounded Arekan could have aimed higher and severed the man’s neck. 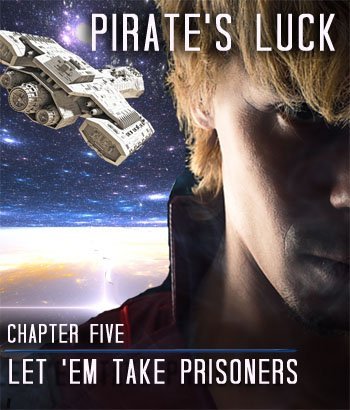 “He did not just say that,” said Arekan. He knew the first mate was a hard man, but he didn’t think Grokin would be cold hearted enough to let a member of his crew die.

“I’m afraid so,” said Egren. He had pressed a button at his neck on his spacesuit, and Arekan could not hear Grokin. “Our first mate has a ‘let ‘em take prisoners’ policy. It deters those that try to use extortion to get our goods.”

“Creator,” muttered Arekan. He peered out over the edge of the hatch to see Obon clutching the swaying tether. “We need to get him up here.”

“That’s exactly what those pirates want. They’ll be right in back of him to board this ship with us too afraid of killing our own man to do anything about it.”