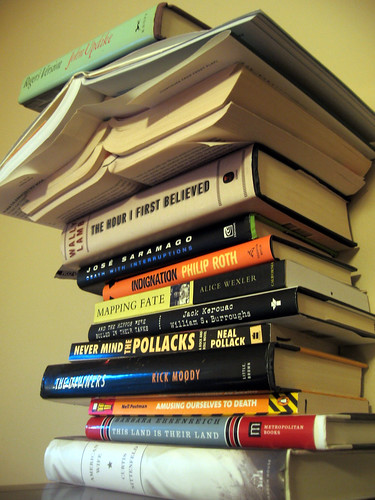 How much thought do you give your titles? Do you wonder what makes a good title and one that’s so, so? Is there any way to know? Yes there is.

In my newspaper circulation days, we would regularly look at what headlines sold the most newspapers. I would even write reports about what kinds of headlines were more effective from a sales standpoint. Not so unusually the journalist editors would look at me with a jaundiced eye. They were there for reporting the news. Sales was not their responsibility. But they would complain if they thought that the newspaper wasn’t selling like it should. Somehow I was supposed to pull the magic selling fairy out of my nether regions and get those papers to fly off the shelves.

They were wrong. Headlines and titles have everything to do with whether or not people pick up that paper, read that story, or buy a book. We are told not to judge a book by its cover, but when it comes to reading material, that is exactly what we do.

So what do we do to make a title evocative?

Additionally, you need to keep your titles short, under five words and the fewer the better.

Once I initially discovered the Title Analyzer I started looking at how I wrote blog titles. Now, writing blog titles is different from writing titles for books and stories because you have to write SEO words into the title to get search engines to recognize you. But anecdotally I can tell you that once I became aware of using emotive language in the titles, my readership went up on blog posts that used emotive language. Titles matter.

For example, one of my most successful evergreen posts on Astrology Explored is this one:

The Astrology of Relationships: Fated–The Yod in the Composite Chart

You can see the SEO. The title contains the keyword “astrology”, but except for two words, “relationship” and “fated” the rest would be gibberish to the average reader. I don’t expect the average reader to understand “yod” or “composite chart.” But people do understand fated relationships. And those two words made all the difference. That post stood number one as the most read until just recently.

Since we are all writers, we understand emotive language. So push for the most emotive, evocative language you can for your title.

But how do you know if your title works?

The Advanced Marketing Institute offers a Headline Analyzer which is effective. You enter a title and it tells you on a percentage rating how it does using evocative language. Unfortunately, the Advance Marketing Headline analyzer only works as a one shot deal. Once you enter a title and get a quick report, it doesn’t allow you to enter a rework work of the title. It didn’t used to be like that, but they changed it, so as it stands, their Headline Analyzer is useless to help you get the best title possible.

But I did find something that is almost as good. The Lulu Title Scorer will analyze your title and compare it to best-selling titles of the past to give you a projected percentage of how it stacks up. And you will be surprised at just how sensitive even minor changes can impact the marketability of your title.

For instance, the title of my first novel is Mindbender. For the longest time, I didn’t know whether to use the title as one word or two. Using the Lulu title analyzer I finally made my choice. Mind Bender has a 35.9% chance of being a best-selling title, while the single word Mindbender 63.7% chance.

Now, let’s check another title, this one a current New York Times best seller, Missing You. That title, according to Lulu has a 55.4% chance of being a best seller.

While titles aren’t everything, it doesn’t hurt to give your book or story the best chance possible of being read.